A number of elections are scheduled to take place around the world next year (including in Brazil, Kenya and South Korea), but the most pivotal will be the general elections in France and the US midterm elections. These elections will challenge the incumbent governments but also traditional politics in general, as voters are likely to focus how the government led by France’s President Macron and US President Joe Biden have handled the Covid-19 pandemic and the associated economic crisis; and the plan proposed by the governing parties and the opposition to overcome these challenges and ensure a sound economic recovery.

To a lesser extent, voters in both countries are also likely to scrutinise political parties’ plans for tackling climate change. While this remains a growing public concern, the adoption of drastic environmental policies could have far-reaching economic implications. Given the US’s global status and France’s position as one of the leading members of the European Union (EU), the outcome of their respective electoral processes will have repercussions around the world.

Although President Macron remains the favourite to win re-election, he faces various challengers on the right and left. Re-election would give Macron the chance to advance his political agenda, stalled by the response to the pandemic. This includes strengthening the European Union to ensure that it remains an influential global actor despite continued discrepancies with the US and leading the global efforts to combat climate change. 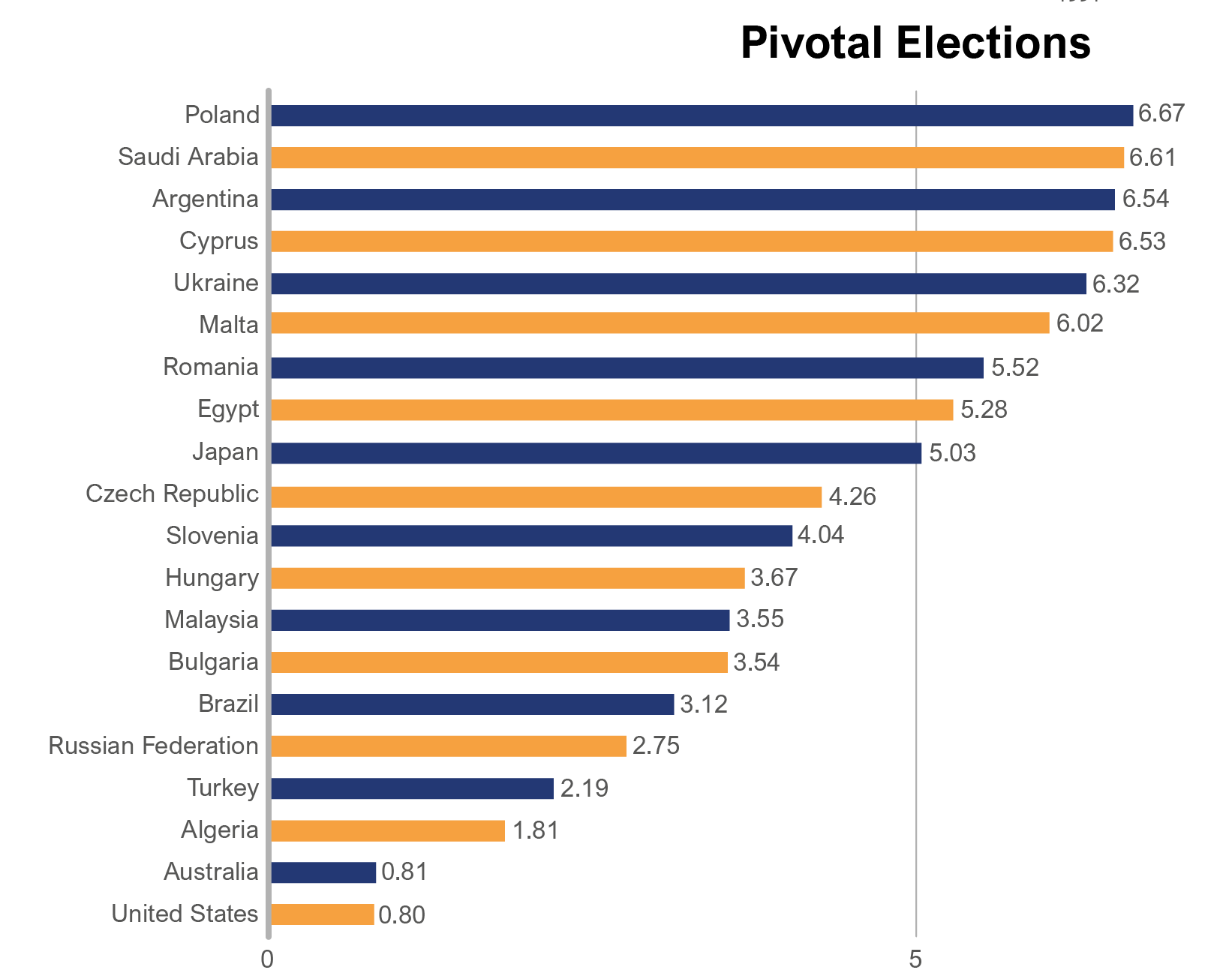 Following Angela Merkel’s retirement from politics and the defeat for her ruling coalition in the 2021 German Federal elections, Macron will become the most prominent pro-EU leader in Europe. It will be up to him to lead the efforts to consolidate the union. However, his success in this will largely depend on who his new German counterpart will be. If Macron were to lose the election, there could be a significant shift in policy direction in France, as a new government is likely to be less pro-EU and less committed to combating climate change.

A less pro-EU French government would significantly weaken the union and negatively impact its economic recovery. The election of a far-right leader committed to tackling sensitive issues such as migration, economic reform, and EU political reform, would produce substantial political and social tensions domestically and across the EU. It would also likely exacerbate tensions between France and the US, and other global powers. Meanwhile, a lack of a commitment to tackle climate change would lead to more disruptive protests over the matter.

The US midterm elections will test the Biden administration and its plans to support the US’s economic recovery through a major infrastructure development drive, while at the same time significantly reducing carbon emissions. The Democrats currently have a simple majority in the House of Representatives, which will be completely renewed in the midterms; and in the Senate, which will renew a third of its seats. Retaining majorities in both Houses will be crucial for Biden to advance his political agenda. But the growing opposition to the severe measures imposed by his administration to contain the pandemic has likely eroded Democrat public support.

Defeat for the Democrats in the congressional elections will likely plunge the US into another period of political paralysis, as the Biden administration’s ability to pass legislation would be impacted. Moreover, the election of hard-line Republicans to congress and to the state governorships up for grabs would galvanise the objections against federal pandemic measures, which is likely to lead to more public protests and legal challenges by state governors. The loss of a Democrat congressional majority in the midterms will also undermine President Biden’s ability to take decisive action on the international stage, affecting his administration’s capacity to address some key issues such as economic tensions with China  and a more assertive Russia, particularly in eastern Europe.