On 10 October leaders of Armenia and Azerbaijan met in Moscow and agreed to a ceasefire, marking a modest improvement in the progress towards a resolution of the conflict which flared up on 27 September. However, despite the agreement, reports of continuous shelling persist and it remains highly unlikely that the ceasefire will hold as both sides accused each other over the weekend of violations. On 11 October Baku accused Yerevan of once again shelling Azerbaijan’s second-largest city Ganja, allegedly leaving eight people dead and at least two dozen wounded. Moreover, Baku claims that Armenian forces shelled the Goranboy, Terter and Agdam regions, which are located around Nagorno-Karabakh. Yerevan has denied these accusations and instead accused Azerbaijan of “intensively shelling the southern front” of the conflict zone, particularly the area of Hadrut. Fresh round of peace talks is reportedly being planned by Moscow; however, the chances of a meaningful ceasefire remain slim at time of writing, and the fighting is likely to persist in the days ahead.

Moreover, reports of fighting occurring beyond the disputed Nagorno-Karabakh region are also likely to continue in the coming days. However, at present, neither Yerevan nor Baku are likely to be directly targeted. Nevertheless, Azerbaijan’s accusations of Armenian forces targeting numerous population centres, including
Ganja and Mingacevir, more than 100km from the frontline, will sustain the likelihood of hostilities continuing to spill over beyond Nagorno-Karabakh and risk further escalation in the conflict. With, the targeting of civilian population and business centres outside Nagorno-Karabakh, the risk of limited rocket attacks and retaliatory strikes near Baku and Yerevan are therefore not to be completely ruled out, however, cities closer to the frontline will nevertheless remain more prominent targets in the short term.

In this scenario, fighting will remain largely confined along the Line of Contact primarily between Azerbaijani and Armenian forces, though occasional rocket or missile strikes will target population centres far from Nagorno-Karabakh. Following the initial attacks on Ganja and Mingacevir, limited retaliatory strikes against Armenian cities remain likely, including potentially Yerevan. The shelling of Mingacevir in particular, where a strategic dam and hydroelectric plant are located, and the alleged targeting of the Baku-Tbilisi-Ceyhan oil pipeline last week, sets potential precedents for critical urban infrastructure outside Nagorno-Karabakh being targeted, which thus also increases the risk to energy security for both countries…. 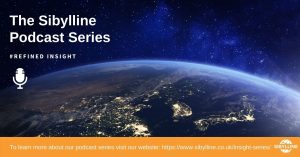